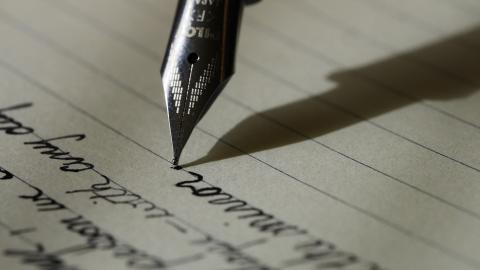 As the presidents of Ohio’s leading liberal arts colleges, we have seen how the NEA and NEH provide vital resources for local initiatives at our colleges, in our communities, in our state, and across the nation. That support helps the arts and humanities drive innovation and generate economic uplift in thousands of American communities.

Pioneering exhibitions at the Cleveland Museum of Art, free “Concerts in the Park” by the Cincinnati Symphony Orchestra, and after-school art instruction for elementary school children in Appalachia through the Dairy Barn Southeastern Ohio Cultural Arts Center in Athens are just three of the many arts and humanities programs in Ohio made possible by the NEA and NEH.

On the national level, the NEH has funded groundbreaking scholarly research, aided libraries and museums across the country in preserving their humanities collections and essential cultural and educational resources, cataloged more than 63 million pages of our nation’s historic newspapers, and helped millions of young people grapple with the lessons of history. Additionally, both the NEH and NEA offer healing programs for wounded military personnel, as well as veterans and their families, and veterans reintegrating into civilian life.

The NEA supports art and education programs in every Congressional District in the United States. Access to the arts for all Americans is a core principle of the Endowment. The majority of NEA grants go to small and medium-sized organizations and schools, and a significant percentage of grants fund programs in high-poverty communities. Both agencies extend their influence through states’ arts agencies and humanities councils, ensuring that programs reach even the smallest communities in remote rural areas.

As educators, we know that NEH and NEA programs benefit America’s young people by breaking down ethnic and socio-economic barriers between student populations that might not otherwise meet. Playing in an orchestra, being in a theater production or working on a history project can provide structure, a sense of purpose and a feeling of belonging that have a powerful, positive effect on the lives of young people, especially those living in disadvantaged neighborhoods and areas.

As President Lyndon Johnson said when he signed the bill creating the NEH and NEA agencies, “The arts and humanities belong to the people, for it is, after all, the people who create them.” Federal funding for the arts and humanities is essential to our education system, our economy, and our greatness as a nation. We ask you to join us in honoring the spirit of creativity and challenge you to strengthen these outstanding American institutions.